You’re making me dizzy. So many great points to respond to! But, I have to start here:

Andrew said: “the cinephile label is what separates writers and commenters on mubi.com from those at movies.com.”

Funny you brought that up because I used to make a living as a writer for movies.com! (Back when it was owned by Disney.) Clearly, movies.com wasn’t and isn’t made for cinephiles, but I just need to say that if I ever knew a dude who I thought was a cinephile, it would be reviewer Dave White, who still writes there.

But that also leads into Frances’ excellent points about the importance for “slow” film criticism to exist. (Someone needs to mock up a street sign: SLOW! CINEPHILES WRITING!)[done!-ed]. The Internet really has gone from mostly a place where one could find great, detailed, obscure information to a marketplace where everybody has to be up on every late-breaking-oh-my-god-this-is-so-important piece of minutiae that zips by at supersonic speeds. END_OF_DOCUMENT_TOKEN_TO_BE_REPLACED 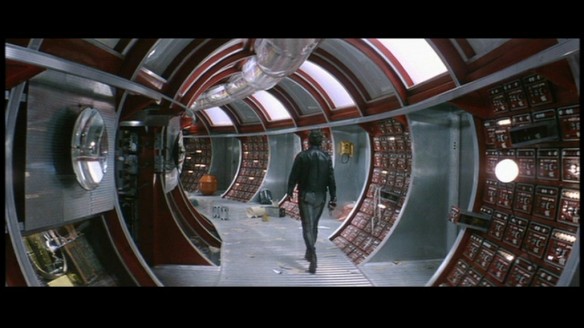 Postcard from London, by Frances Morgan

In response to Andrew, a few thoughts on oversaturation. I think we all share those concerns. Again, it’s a conversation that’s frequently had in music criticism, in particular with regard to our knowledge of marginal or ‘lost’ music, as well as our instant access to what’s new – I haven’t read it yet but I think this is be explored at some length in Simon Reynolds’s new Retromania book. The problem is, of course, that we discuss it on the one hand while downloading with the other; concern and action don’t always mesh.

‘Slow criticism’ is one solution, in as much as I understand it – I’d like to hear more from the panel on this, if they have thoughts, because for me it’s a little confused with the idea of ‘slow cinema’ (which doesn’t necessarily have to be subject to slow criticism?). Certainly the pressure to be ‘first’ with an opinion, to show that you’re more abreast of a particular argument than others, seems more pressing – but I wonder if criticism has always been thus, it’s just that the audience – and our relationship with them – has grown and fragmented. As someone who only began a critical career in the 2000s, I realise that I have no idea really what a pre-Internet critical environment was like! END_OF_DOCUMENT_TOKEN_TO_BE_REPLACED