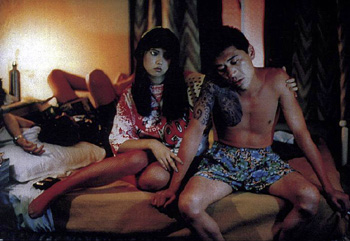 As I was brooding over what I could come up with to do justice to Damon Smith and Kate Taylor’s invitation to write about contemporary film criticism and cinephilia, a friend who had no idea I was pondering this problem sent me an answer to it. The answer took the form of a link to a new piece by David Bordwell on the Film Comment web site, called “Academics vs. Critics: Never the Twain Shall Meet: Why Can’t Cinephiles and Academics Just Get Along?,” in which, with his usual clarity, Bordwell proposes his view of the current configuration of approaches to writing on film. I have no desire to enter into a battle with Bordwell and no intention of raising larger issues about his work in general. I want only to use the opportunity afforded by this particular text of his to set forth, by contrast, my own views on the current situation of film criticism, cinephilia, and academic film studies. END_OF_DOCUMENT_TOKEN_TO_BE_REPLACED