Michael mentioned that “usually only passing remarks are made about cinematography, lighting, sound design, etc., as if they’re tangential aspects of a film rather than the entire presentation.”  Which may be true.  But of course that’s not the whole story either—plenty of writing on film exists which makes mention of the more technical, artisanal aspects of filmmaking (some would call these aspects more “cinematic,” which is a blood-red herring if ever there was one) to no insightful end. Some of the most exciting film writing I have read is that which talks about actors (stars or not) and performance in a genuine attempt to articulate what these performances are, and what they do to us.  Acknowledging performance as a series of cues beholden to (or breaking) traditions, standards, and cultural shorthands, talking about this or that performance not just as something to be graded or rated, but as a complex of meanings and stimulus-responses —and then talking about said performance as one of the elements which constitutes the film’s overall meaning-map—is a practice which is certainly alive but not exactly common practice, and I’d sure love to see more of it.

Michael also says, “what I think you’re really getting at, Daniel, is an entirely new paradigm, one brought about by the rapidity with which films are now made, viewed, and discussed.”  I’m not sure that the paradigm I was proposing is entirely new—as has been pointed out on the MUBI discussion board for this roundtable, there are and always have been filmmakers whose work has an obvious critical/criticism tendency (Assayas was mentioned; Godard pops readily to mind). I suppose I was just saying that, again, it’s something I think we could stand to see more of. And to be honest, I’m not even sure what that paradigm I’m asking/hoping for is. Something that already exists, but not enough of it? Something that should exist but doesn’t quite yet? Both, really. My rhetoric could be taken as a paradigm for a paradigm, a starting point or ghosted boundary. Interesting, though, to think that it might be connected with the New Rapidity of creation/presentation/discussion(/dismissal). It’s not as though I think that the ideal future of film-making and -thinking lies in the venue of online presentation and associated discussion boards. There’s surely something to be gained there. But I’m so stuck on the idea of the “cinema” (as in the building that you enter and sit down in) that I’m shifting towards that paradigm as slowly as possible. I’ll end up there, I’m sure.  But I doubt I’ll ever feel like rapidity has anything lasting to give us that would counterbalance what we’d lose if we lost slowness. 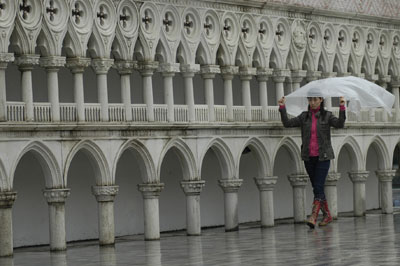 Ultimately, the essence of criticism for me is imagination, just as the essence of any viewer’s response is imagination. When we see a film and think/talk/write about what we liked and didn’t like, we are (consciously or not) imagining alternate versions of that film, and comparing them to the one that actually exists. Anybody who doesn’t do that on some level is taking the film as writ, as some unchangeable essence, and this is childish. I mean that literally—so, actually, it’s probably kinder and wiser to say “child-like”—there might be something to be learned there. But generally, if you don’t imagine alternate versions of a film you’ve seen, you can’t evaluate it or even really form an opinion of it, beyond liking it or not the same way you like or don’t like mashed potatoes.  A common point of contention, around informal/conversational viewer responses and criticism alike, is the question of where to draw the line: How much alternate-imagination is valid and constructive, and still gives us some insight about the film and us and the space between the two, and at what point does a response/essay sink into “just imagining the movie you wanted to see and praising/condemning the movie for not being that”? Not that I think there’s a clear answer or guidebook for that; it’s to be tested on a case-by-case basis. But the fact that different people draw that line in different places is, I think, the crux of much disagreement about films and criticism, and it must strike at something quite basic—maybe very near to people’s sense of their own identity —because the response to such a disagreement very often seems to be anger.

But, location and shape of the line aside, I find excitement, fascination, and hope in this idea of imagining alternate versions of things—if you allow that it’s a foundation of response/criticism then that means that response/criticism have the same foundation as does filmmaking. It makes for a lot of overlap and subsequent ire, but I prefer to embrace the overlap and try to think of ways to explore it. 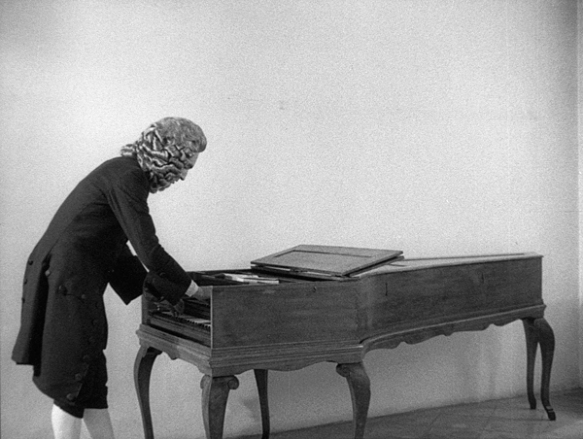 Kent, in talking about the “two different planets” of filmmaking and criticism, has twice used the word “just”: “a just relationship between the artist and the critic”, and “just alignment between filmmaking and its critical appreciation”.  For some reason these usages free-associated me to the phrases “just temperament” and “equal temperament”, and hopefully I remember my long-ago music classes well enough to not completely garble their definition:

Just Temperament is a system of tuning which is based on internal mathematical purity, but the purity is rigorous in a way that makes that system only harmonious in one key (and therefore, an instrument tuned in that system can only be played in one key).  Equal Temperament is a system of tuning which is more “averaged out” on a step-by-step basis, so that it has a bit of internal mathematical disharmony but sounds equally (and sufficiently) harmonious in any key.  So, with the invention of Equal Temperament, we became able to tune instruments so that they could be played in any key.  This meant, however, that where originally, under Just Temperament, each key had its own unique mathematics and flavor, now under Equal Temperament there is really no difference—all keys are intervallically identical. So, if someone said “I really like F minor” in the days of Just Temperament, there was genuinely something there that they liked.  Now if someone says “I really like F minor”, they’re probably just saying they like songs that they’ve heard in F minor, because the key no longer has any unique attributes of its own.

J.S. Bach composed “The Well-Tempered Clavier,” a series of preludes and fugues in all different keys, to be played on one Equal-Tempered instrument. It was a concentrated, definitive effort to showcase Equal Temperament, and it worked. Western musical history basically never looked back after that.

What’s the word for something that’s just the first half of a metaphor?  A description of a thing, but not an indication of what that thing is like?  If there is such a word, it probably describes what I just wrote here.