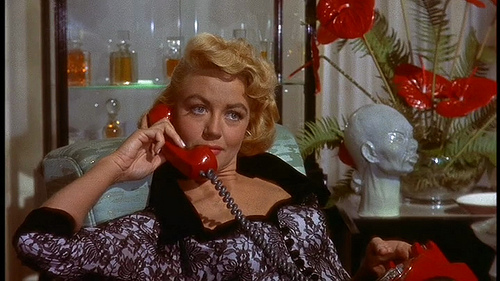 In his response to David Bordwell’s criticism/academia piece for Film Comment, Chris Fujiwara makes an interesting assertion: “…it’s not at all clear that cinephilia is necessary to film criticism.” This is a valid and provocative point, and a good starting place for this discussion.   Of course, if one takes the term “cinephilia” at face value, then it is indeed necessary. I don’t really know how someone could write serious film criticism without loving movies. One might offer David Thomson as a counter-example, but David really does love movies and has spent many years wrestling with himself about it.   Moreover, the days of the gentleman film critic, the man or woman of letters or politics who is intrigued by the notion of movies and amused by how seriously people take them, are long over. Again, one could argue that Anthony Lane’s relationship to cinema is on the tentative side, but even he seems to feel the weight of film history.    Of course, one might also argue that the ever-increasing skittishness of magazines and news services about film literacy, the resistance to hiring people who know too much about movies, thus avoiding the wrath of both paying customers and Hollywood, is easily interpreted as an ominous development. I think it’s a sign of nothing more than the news industry’s desperate desire to stay “youth-oriented.” If anything, they are denying their “film critics” any power beyond the ability to fashion extended synopses.   So, at this point, if there’s one thing that links figures as disparate as David Edelstein, Jonathan Rosenbaum, Jeff Wells, Joshua Rothkopf and Janet Bergstrom, it’s love of movies. But that’s not really what people mean when they refer to cinephilia.

Over the years, cinephilia has accumulated connotations that have severely altered its literal meaning. From my perspective, that’s where the problems begin.   On one level, cinephilia has been a process of slow and steady maturation alongside the development of cinema since its beginnings. But the “heroic” strain of cinephilia is a post-war phenomenon that begins in France. The act of affirming cinema, whether it was to be found in a Bresson literary adaptation or a Frank Tashlin comedy, was also an act of condemnation of commercial orthodoxy. And this was tied to an urgent moral imperative: in the shadow of the holocaust, a movie could be either morally engaged or not, no middle ground. Like all gauntlet flings, this was largely a matter of rhetoric that became increasingly problematic when put into practice, but it hardly mattered. The fact that the people who flung down said gauntlets went on to become some of the greatest filmmakers of their era only made the lure of cinephilia more powerful.   It was Serge Daney who characterized cinephilia as an incurable affliction to be happily endured, and it stuck. The obsessives who filed in and out of movie theaters like penitents on holy days of obligation may have looked pale, been socially maladroit and disrupted the smooth flow of social intercourse with spirited defenses of Nicholas Ray or Boris Barnet, but they had found what amounted to a new spiritual discipline and, perhaps, an apparatus that facilitated reality’s return to some kind of essential form, stripping away its politically and culturally debased false image. The rhetoric of this cinephilia is an extremely curious mixture of romanticism, essentialism, and a dogmatism so harsh and punitive as to make Jonathan Edwards shudder. 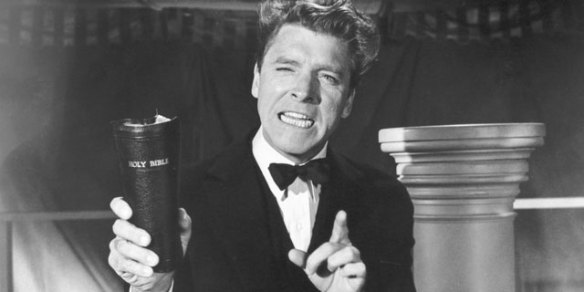 I find the community of cinema to be generous and supportive. The romance of cinephilia amounts to a wonderful magical narrative, and it has engendered a real sense of responsibility in the care and maintenance of cinema history, an obligation to rescue films and filmmakers from the historical dustbin, and a valiant defense of cinema against any and every sign of cultural derision or condescension.   But in many ways, I think that cinephilia is stuck in the 50s, and has become addicted to the thrills of discovery and polemicizing. New “masters” and “masterpieces” are found by the hour, films are declared “hateful” or “immoral” or “loathsome” at the drop of a hat, moral condemnations of filmmakers convicted of insufficient love for their characters is rampant, and the cheapest rhetorical ploy imaginable, accusing the people who like something that you don’t like or who love something that you hate of being deluded or morally compromised, is enacted with impunity. Polemical campaigns are proliferating, and words like “political,” “power” and “capitalism” are swatted around like badminton birdies, while preferences for this or that film or filmmaker are routinely declared with all the pomp and circumstance of an explorer planting a flag on virgin territory – and needless to say, nothing can be celebrated without a countervailing condemnation of its supposedly opposite number, and visa versa. And then, as you say,  there are the endless lists and catalogues and rankings and revisions of the canon. When a friend of mine read my 2002 Sight and Sound list, he remarked to me that he found it “conservative.” Only in film culture is the act of list-making freighted with such urgency.

Is there a distinction between film criticism and cinephilia? At this point, not much. And maybe that’s where Chris’ query originates. One might accuse cinephile culture as being too inside baseball, but that seems unrealistic to me—devotees of wine and video games flock together on a regular basis and revel in the comfort of shared enthusiasms, and I don’t see why such fellow feeling should be denied to film lovers. Nonetheless, I think film criticism needs to move beyond polemical campaigns, essentialist dogma and judmentalism. Chris quotes Manny Farber’s remark from a 1977 Film Comment interview to the effect that evaluation of a movie is “practically worthless for a critic” and a “derelict appendage,” and I wholeheartedly agree. The reduction of any and all film criticism to the final judgment of the critic is rampant, and completely beside the point of what made Manny or Ray Durgnat or André Bazin so important. There’s a lot of good writing out there, on the internet and in print, but I also read a lot of stuff that amounts to an extended prelude to the actual work of criticism. Which is, of course, writing.    Chris turns to Adorno, Kracauer and Dwight MacDonald as models of non-cinephile criticism. I’d like to shift the conversation in a different direction and cite Edmund Wilson and his relationship to literature and history as a good model. In Wilson’s writing, like Manny’s, judgment really is beside the point. Like Manny, he felt no need to elevate something in order to appreciate it. And in contrast to the troubling tendency in cinephilia to see cinema itself as the ultimate fulfillment of cinema, Wilson saw beyond the parameters of his own art form: “…in practicing and prizing literature, we must not be unaware of the first efforts of the human spirit to transcend literature itself.”

This common sense realization, an echo of Emerson’s “There is higher work for Art than the arts,” is sidelined in the bulk of film criticism, perhaps for fear of releasing cinema’s seemingly tenuous claim on the world of culture. I think such fear is misplaced.   Geoffrey O’Brien and B. Kite seem to me models of a different type of cinephilia. They are uninterested in polemics and immersed in the adventure of writing. And while they both know film history, they – like Farber, Bazin and Durgnat – understand cinema as part of a much broader historical continuum. When I read their work, I can feel not just cinema but the whole wide world around it as well, and the expanse of human history that precedes it.   I understand the romance of cinema and cinephilia very well. It’s played a very important role in my own life. But I think that it’s time to start building on it. And, perhaps, arrive at a more just alignment between filmmaking and its critical appreciation. Because at this point, they’re like two different planets.

You will find all related posts under the Online Roundtable 2 heading.

4 thoughts on “Beyond the romance of cinema”