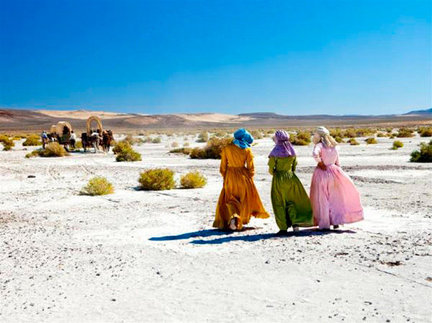 In which Neil Young, chair of the first online roundtable, concludes the discussion.

Czech films, Underground films, Hollywood films. Now people who take films seriously study skin flicks, TV commercials, scopitone. In the days of Wrath or Raft, there were just Hollywood films, “B” or “A”, Arthur Rank, and a few art directors like Renoir. The sheer bulk of what is known as film, plus the equal cheers for so many different types of film, has loosened everyone’s bowels.–Manny Farber, 1968

Well, we’re nothing if not eclectic around this here round table… My second contribution was bashed out as I prepared myself for Elliott Lester’s Blitz at a Sunderland multiplex (which turned out to be comfortably the worst new UK release of 2011 so far, I’m afraid to report), and Andrew’s saw him speeding out the door en route to a Berlin screening of Die Wahlverwandtschaften by Siegfried Kühn (cheers, IMDb!) at Berlin’s charming Babylon cinema. Of course, to a Brit of my age – even those of us brought up far from Brixton – the word “Babylon” has a certain degree of negative connotations, being the Rastafarian term for “any oppressive political and economic power structure”. Bad news… and thus incongruous when applied to Berlin, which must surely rank as one of the global hubs of worldwide New Cinephilia – along with Paris, New York, London (and presumably Tokyo) – and a model for other cities and towns to follow, in terms of respecting cinema as a major art-form, and respecting the fact that the discussion and analysis of that art-form is both a boost to the art-form and a desirable end in itself.

And it’s not just major world capitals which can show the rest of us how it should be done — Vienna’s days as an imperial megalopolis are long past, but there’s a city with a thriving serious-minded (and genre-friendly) film-festival (full disclosure: I work for the Viennale!), a cracking cinematheque in the Filmmuseum (which publishes a steady stream of top-class books and DVDs), several “proper” arthouses, and a proud history as a place where great films have been made, and great film-makers have been nurtured. If New Cinephilia is to mean anything, then surely it’s about pushing, nudging, cajoling the places we live towards the Berlin / Vienna model – no coincidence that in each city, local (and national and regional) government supports serious cinema in various meaningful ways.

What we want to avoid is what we might call the “Sydney situation” as so shockingly detailed by Matt in his latest missive (I did have a heads-up, as his countryman Adrian Martin spoke passionately and publicly about this at Rotterdam earlier this year) – and perhaps UNESCO’s decision last December to name Sydney as a ‘City of Film‘ (only the second to get such an accolade, after Bradford right here in the UK) will be a prod to get things moving in the right direction. It will of course be an uphill struggle, but it’s one that applies to cinephiles, cinemaphiles, film-buffs and movie lovers all over the world. My nearest arthouse is in Newcastle (UK, not New South Wales!) and I’m often badgering them to keep them “honest” when it comes to their programming – I have recently been tweet-pestering them to programme Viva Riva and Kaboom – and this is one of those areas which Matt touched upon when he said how “thrilled” he was “about how information technology is changing the way films are made, seen, disseminated and talked about.”

Without banging my “cinemaphile” drum too loudly again, I can’t help but think that the availability of classic/marginal work on DVD and download, plus the rise of “home cinemas” and the like, has played a major part in dystopic scenarios such as the Sydney “arthouse” scene — why traipse out to a moviehouse to see Meek’s Cutoff (say), when we can stay home and watch a John Ford or, for the less “scrupulous”, Meek’s Cutoff itself via the alluringly larcenous magic of filesharing. Anyway, I digress, and I’m conscious of the fact that this is the final “formal” contribution to a debate which will have a healthy informal afterlife on this site and elsewhere, so it theoretically falls to me to provide a grand summary of what everyone has said, to distil all of our disparate views on cinephilia into a Key To All New Cinephilia Mythologies, and provide a 12-point Action Plan to ensure that New Cinephilia thrives, and that cinema – what we watch, where we watch it, how it’s made, and so on – gets better rather than worse over the next 100 years.

But there’s no room for that – so instead I will sign off with a quotation from that cinephile’s cinephile, David Bordwell, and say a formal merci (clicking my heels together, like Udo Kier when he shakes your hand) to my partners-in-the-dark, Frances, Andrew, Matt and Mike: honour, pleasure, and all that.

The real crux, I think, is this. The cinephile loves the idea of film. That means loving not only its accomplishments but its potential, its promise and prospects. It’s as if individual films, delectable and overpowering as they can be, are but glimpses of something far grander. That distant horizon, impossible to describe fully, is Cinema, and it is this art form, or medium, that is the ultimate object of devotion.

You will find all related posts in the Online Roundtable 1 .  Join the discussion of the online roundtable topics at the Project Cinephilia board on MUBI.

One thought on “Will the circle be unbroken?”