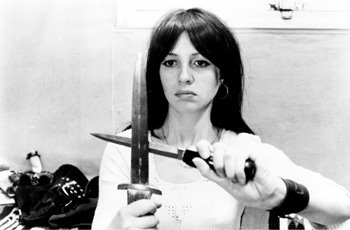 Postcard from Berlin, by Andrew Grant

A thought occurred to me while reading your letters – have I actually ever referred to myself in conversation as a cinephile? Though I’ve been called one on numerous occasions, and certainly align myself with the more-or-less agreed upon definition of the word in that I’m interested in (to quote Girish Shambu from his inaugural post on the site) “the discourse surrounding films”, it’s little more than a label used to distinguish ourselves from those who simply love and see films as often as we do. I mention that not to knock the word, or anyone who proudly considers him/herself one, but I think there’s no question that the democratizing nature of the Internet is, in some ways, responsible for resurrecting the label, and giving it a new significance.

I grew up in New York City in the years just prior to the home video craze, when Manhattan’s many art and repertory cinemas were still going strong. The son of a passionate film lover (who also worked in the film industry), much of my childhood was spent inside darkened rooms, and on weekends it wasn’t uncommon for me to see two or three films a day. The theaters were often quite full, with an audience of dedicated and appreciative enthusiasts that was as diverse as the city itself. There was always genuine excitement in the air, for short of catching these films on late night TV (broken up by frequent commercial interruptions) this was the only way to see the films of yore.

At this time one could of course turn to printed materials to read up on these films, but outside of meeting friends with shared interests, there were few avenues of expression for the would-be cinephile. As far as I know, there never was much of a ‘zine culture for film (outside of cult cinema), and though my memory could be deceiving me, I recall many people being on their own in these cinemas. Would we refer to these people as cinephiles, or was that title limited solely to academics or those who wrote about film for a living?

Thanks to the Internet everybody can be (and is) a critic, and there’s no shortage of information out there on just about any film ever made. Need to find fellow travelers with which to discuss that rare Peter Nestler documentary? No problem. Aching to see the Lindy Hop scene from Hellzapoppin at 3am? YouTube can provide. The combination of access to everything and a platform in which to share one’s thoughts has given rise to this new cinephilia, and for the most part we are better off for it. However, there’s also a tremendous amount of noise out there from armchair critics and the dreaded fanboy (or girl). Now that the paid vs. unpaid, professional vs. amateur war is over, the cinephile label is what separates writers and commenters on mubi.com from those at movies.com, Daves Kehr from Poland, etc.

At the very least, I do believe that 21st-century cinephilia meets Neil’s broad type of “church” expectation, and it’s refreshing to see marginalized or otherwise ignored cinema given the consideration and distribution traditionally reserved only for those in the canon. Yet there are times I can’t help but wonder if there isn’t a downside to this immediate access to everything, or if those concerns are clearly just a sign of my age. Something Frances wrote has been turning in my head all day – “The obsession that drives fandom is not so different from that which drives cinephilia – to commit to either requires passion, amassed knowledge, long hours spent in an alternate world.” While there are no shortcuts when it comes to the time required to watch a film, I feel that there’s something lost when one can, with the greatest of ease, amass the collected works of a given director in an afternoon. For years, Jacques Rivette’s Out 1 was a holy grail for many; a nearly impossible film to see. Last year, I watched it on my iPhone while riding on the New York City subway; an act that was wrong on many levels.

Access alone isn’t a threat to cinephilia, but perhaps oversaturation, overexposure and increased temptation precludes specialization? Might not the way (or rate) at which we consume media affect our ability to adequately reflect on it? This of course raises the whole “slow criticism” argument, but perhaps that’s best saved for another time…

You will find all related posts in the Online Roundtable 1 .